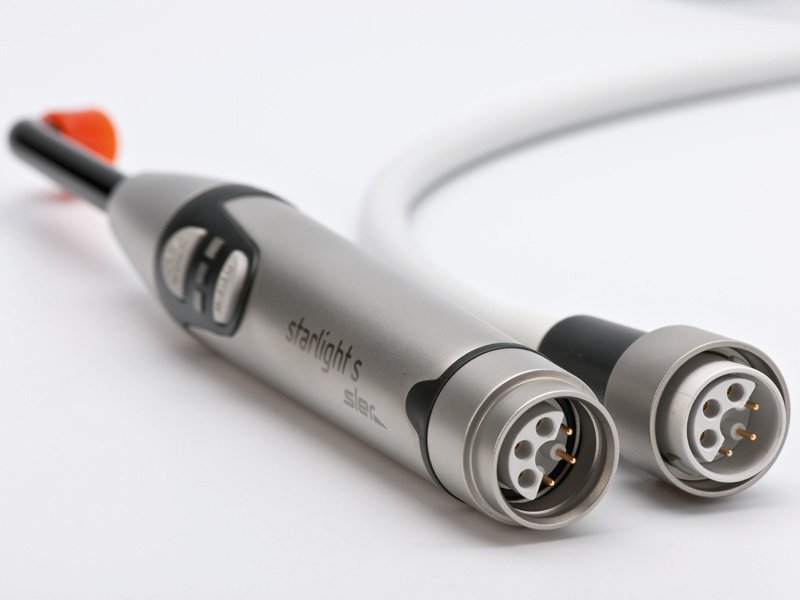 sler® stands for „soft light energy release”, a slow decrease of light intensity at the end of the cycle. This patented mectron technology modulates and controls the temperature and shrinkage of the composite, improving its mechanical properties.

Polymerization with more than 1.400 mW/cm2. The starlight s sler® can be easily built into a dental unit. All the high tech electronics of starlight sler® are integrated in just its handpiece. Easy installation on your dental unit: only power supply and control are needed. The ergonomic handpiece can be positioned simply in the quiver (its holder). starlight s sler® is equipped with 6 different operating modes.

There are 6 different light curing modes.

The operating modes are selected by pressing the „mode“ button. Depending on how long the „start“ button will be pressed for, either the short or the longcycle starts. The chosen mode is indicated by LED.

4 colors for  is available: