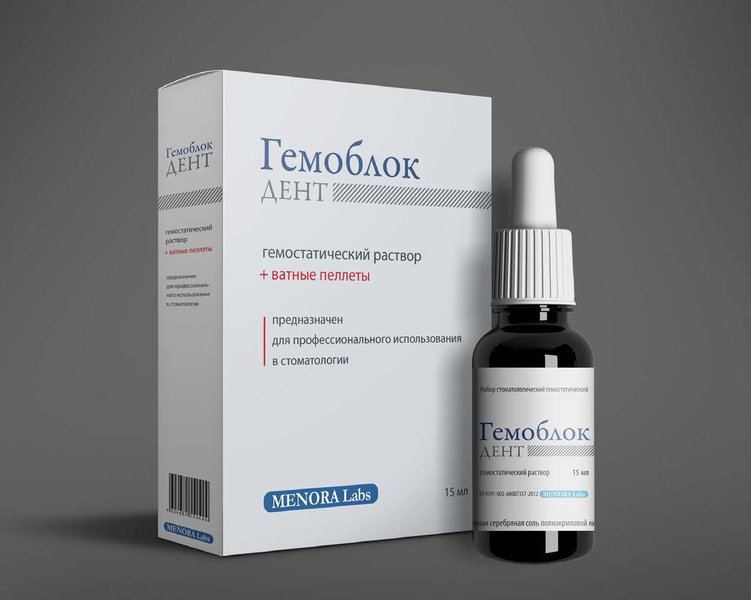 Dentists of any profile in everyday practice faces the problem of stopping bleeding caused by
carrying out a variety of manipulations. To quickly and effectively eliminate this complication has been developed
dental hemostatic liquid Hemoblock DENT, which has been proven in General.

The Composition of Hemoblock Dent

The main component of hemostatic fluid is incomplete silver salt of polyacrylic acid.

Local hemostatic, bactericidal and bacteriostatic and mild analgesic. Hemostatic action occurs due to the formation of an insoluble polymer complex on the surface of the wound. Dissolved silver particles have pronounced antimicrobial properties and effectively fight most pathogens.

The result of the use of Hemoblock DENT on a bleeding wound is to stop capillary bleeding to form a smooth elastic surface-a convenient field for further treatment.

Application of Hemoblock Dent in dentistry